COLUMBUS, Ohio – Combining a well-known biologic agent with a new targeted anticancer drug triggers the death of melanoma cells that are resistant to therapy, according to an animal and laboratory study by Ohio State University Comprehensive Cancer Center researchers.
This research shows that combining the biologic therapy interferon-alpha (IFNa) with the drug bortezomib causes melanoma cells to self-destruct by the biochemical process of apoptosis. The drug combination significantly increased survival in a mouse-tumor model, and it cut the growth of transplanted human tumors by half in a second model. The study marks the first time the two drugs have been used together for this disease.
The combination even killed melanoma cells that had high levels of two important survival proteins, Bcl-2 and Mcl-1, that block the process of cell self-destruction.
The findings, published in a recent issue of the journal Cancer Research, led to a phase I clinical trial now in progress testing the safety of the drug combination in humans.
Melanoma is the most deadly form of skin cancer. It is expected to strike 62,500 Americans in 2008 and cause 8,400 deaths. The disease is highly curable when treated early, but only 10 to 15 percent of patients with advanced melanoma live more than five years.
“Advanced melanoma is highly resistant to most chemotherapy drugs, so it is particularly important to investigate new combination therapies for this disease,” says principal investigator Dr. William E. Carson, III, a surgical oncologist, melanoma specialist and leader of the cancer center’s innate immunity research program.
“Our preclinical data indicates that the anti-tumor effects of this combination are better than either agent alone, and we observed no significant side effects, suggesting that this may be a good treatment strategy for melanoma and possibly other cancers.”
Bortezomib inhibits the action of proteosomes, complexes in cells that break down proteins. IFNa, approved by the Food and Drug Administration for the treatment of melanoma, increases the sensitivity of melanoma cells to self-destruction.
“We found that the two drugs synergistically activate complementary cell-death pathways and overcome the usual mechanisms that make melanoma cells resistant to standard therapies,” says first author Gregory Lesinski, assistant professor of internal medicine and a researcher in the innate immunity program.
Millennium Pharmaceuticals, Inc., provided the bortezomib used in this study.
Funding from the Harry J. Lloyd Charitable Trust; The Melanoma Research
Foundation; The Valvano Foundation for Cancer Research Award; the National Cancer Institute supported this research.
Other Ohio State researchers involved in this study were Ene T. Raig, Kristan Guenterberg, Lloyd Brown, Michael R. Go, Nisha N. Shah, Adrian Lewis, Megan Quimper, Erinn Hade, Gregory Young, Abhik Ray Chaudhury, Katherine J. Ladner and Denis C. Guttridge.

Greetings to One and All

This Blog is dedicated My Brother Kenny B. who passed away in the late 1970's with Cancer before the Internet.

It was he, who showed me How to live and give back. He was wise beyond his years.

jimmy_B
Last July (2005)I was riding my bicycle to work at the Eastman Kodak Research Labs about 3 miles from home. I was wearing a knapsack to carry my things to and from the labs. I started noticing an ache on my back. So I decide to go to the dermatologist. To make the long story short, it was cancer. I knew from my research that I would be needing adjuvant therapy. So I started communicating with Sloan Kettering, University of Pittsburgh Cancer Center, and a couple of others including the Wilmot Cancer Center at Strong. I realized that by telling my story, I might help someone else out there in a similar situation. So to all who are linked by diagnosis or by relation to someone with melanoma, I wish you well. Stay positive, read as much as you can (information helps to eliminate the fear associated with the unknown), and live for today, as no one can predict what tomorrow may bring. Jimmy B. posted 12/15/08

The information contained within this Blog is not meant to replace the examination or advice of your Oncologist or Medical Team. The educational material that is covered here or Linked to, does not cover every detail of each disorder discussed.

Only your physician/Oncologist can make medical decisions and treatment plans that are appropriate for you. But, An Educated Consumer is a Smart consumer.

Just to let you know I posted the first draft of the Melanoma and the “Magic Bullet” (Monoclonal Antibodies). on Melanoma Missionary In the Shared File Section. you can download it for 19.95 (Only kidding) it is Free for the taking.


It is 33 pages long and may help you in your quest for the Yellow Brick Broad. Just to let you know it is only the first draft. Revisions are sure to come. I wanted to get it to the people that need it the most, the Melanoma Patients.

So, where does Interluekin-2 (IL-2) come into play? According to Byung-Scok et al and recent reports, IL-2 is not needed for developmental CD4+ CD25+ Treg cells in the thymus but does play an important role in the maintenance and function in the peripheral.18 Peripheral is defines as secondary system outside the bone marrow and thymus. It entails the site of antigen, immune system interaction. IL-2 is required for the peripheral generation of Tregs based Abbas’s and colleagues research.19

IL-2 prevents the spontaneous apoptosis of the CD4+ CD25+ Treg cells. It has been reported that patients with multiple advance-stage tumors have elevated levels of Tregs within the tumor microenviroment.20 Interluekin-2 is the survival factor for CD4+ CD25+ Treg cells.21 If the addition of IL-2 is on or before the maximum propagation of the CD4+ T cells, the Tregs population can increase 5-fold in a 96 hour period based on certain growth mediums.

By controlling the addition of the endogenous IL-2, one has a knob to turn and can lead to the control of the expansion of the Tregs. When you combined this control with the anti-CTLA-4 blockage, you can shift the balance of the immune response.

Now here is the catch. The maintenance and function of the CD8+ T-cells require CD4+ cells which secrete IL-2. So we don’t want to deplete the CD4+ cells, we want to control the expansion of the Tregs which are a subset of the CD4+ cells. It has been postulated by some researchers that the Anti-CTLA-4 blockage also suppresses the Treg function in a different mechanism. By using IL-2 as the rate limiting factor, we can suppress the CD4+ CD25+ Treg cell expansion by controlling the concentration and timing of the Inerluekin-2 at the tumor microenvironment.


The Interluekin-2 plays another role in this Melanoma Maze. In a study by Janas et al, Il-2 increases the expressions of the perforin and granzyme A, B and C genes in the CD8+ T-cells. This increase expression causes the CD8+ T-cells to mature into Cytoxic T Lymphocytes (CTLs). The exogenous IL-2 is required for the granzyme proteins. As stated previously, CTLs have cytoplasmic granules that contain the proteins perforin and granzymes. A dozen or more perforin molecules insert themselves into the plasma membrane of target cells forming a pore that enables granzymes to enter the cell. Once in the tumor cell, these enzymes are able to breakup (lyse) the cell and destroy it. This is the beginning of the end for the cancer cells. The tumors begin to shrink and the rest is history,

On the other hand, prolong therapy with Il-2 can result in causing apoptotic death of the tumor- specific CD8+ T-cells.23

Clearly in a clinical setting, timing, dose, and exposure to these drugs play a major roll in the immunotherapy, and can have dramatic effects on the outcome.

All it takes is that one magic bullet to start the immune reaction..

A call for Melanoma Patients by Dr. Steven A Rosenberg

"We continue to see a high rate of clinical responses in our cell transfer immunotherapy treatments for patients with metastatic melanoma", Dr. Rosenberg said.

"We are actively seeking patients for these trials and any note of that on a patient-directed web site would be appreciated."

The Melanoma Research Alliance has partnered with Bruce Springsteen, the E Street Band, and the Federici family to alleviate suffering and death from melanoma. Please view Bruce Springsteen’s public service announcement inspired by Danny Federici. Danny was the E Street Band’s organist and keyboard player. He died on April 17, 2008 at Memorial Sloan-Kettering Cancer Center in New York City after a three year battle with melanoma.

Join the Relay for Life!!!

I’ve decided to take a stand and fight back against cancer by participating in the American Cancer Society Relay For Life® event right here in my community! Please support me in this important cause by making a secure, tax-deductible donation online using the link below.

To donate on line now, click here to visit my personal page.
Jimmy B AKA Melanoma_Missionary

Relay For Life® is a life-changing event that brings together more than 3.5 million people worldwide to:

CELEBRATE the lives of those who have battled cancer. The strength of survivors inspires others to continue to fight.

REMEMBER loved ones lost to the disease. At Relay, people who have walked alongside people battling cancer can grieve and find healing.

FIGHT BACK. We Relay because we have been touched by cancer and desperately want to put an end to the disease.

Whatever you can give will help - it all adds up! I greatly appreciate your support and will keep you posted on my progress.

Call for Patients with Unresectable Liver Metastases Due to Melanoma


Delcath is actively enrolling patients in a Phase III clinical trial testing its proprietary drug delivery system, known as Percutaneous Hepatic Perfusion (“PHP”), with melphalan for the treatment of ocular and cutaneous melanoma metastatic to the liver.

This NCI-led trial is enrolling patients at leading cancer centers throughout the United States. Commenting on these orphan-drug designations, Richard L. Taney, President and CEO of Delcath, stated, “These favorable designations are important steps in our efforts to secure Delcath’s commercial position upon conclusion of our pivotal Phase III trial for metastatic melanoma. We remain steadfast in our commitment to become the leader in the regional treatment of liver cancers and we continue to enroll patients in this study, and advance our technology and the promise that it offers to patients with these deadly forms of melanoma and other cancers of the liver, all with limited treatment options.”

Our latest treatment has a 72% objective response rate with 36% complete responses.

We are currently recruiting patients for our latest trial.

Is there some way to post this “Call for Patients” on the web site?

(For a copy of the research paper.. see My Shared files)

The news headlines shown above for Melanoma / Skin Cancer are provided courtesy of Medical News Today.

List of Companies that are Helping the Melanoma Cause

Building the Cure for Cancer, One Design at a Time

Get The Research You Been Looking For!!
Real-Time Evidence Based Medicine Clinical Decision Support
Data Mining at it's Best 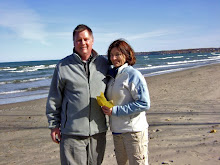 Pease vote if you like the information in the posts

The New England Journal of Medicine: This Week's

Get this widget!
Visit the Widget Gallery

At The End of a Rainbow